The left is now reaping what it sowed

Wow. Just wow. This was the spine the Republicans never had before.

From the archives, a blog post at “Jim’s Blog” from April of 2013.  This is just an excerpt.  Read the whole thing.

The Left Singularity:
Leftism leads to more ever more leftism, ever faster. If the process was not interrupted by dictatorship, civil war, or social collapse, it would end with everyone torturing each other to death for insufficient leftism, Khmer Rouge style, and the last torturer committing suicide for his failure to inflict infinite torture in finite time.

Back in 2010, long before he morphed into Col. Nicholson, George F. Will delivered the keynote speech at the Cato Institute’s semi-annual Milton Friedman Prize dinner.  I liked it so much, I transcribed it. (Turns out, I didn’t need to.  It’s on the web in several other places, but….)  I titled my transcription “Learned Feudalism,” a phrase Will used in the speech.  On Cato’s web page, the speech is titled “Not a State-Broken People,” another phrase from the speech.  Here’s the pertinent excerpt, but do read the whole thing:

We are not Europeans. We are not, in Orwell’s phrase, a “state‐​broken people.” We do not have a feudal background of subservience to the state. No, that is the project of the current administration — it can be boiled down to learned feudalism. It is a dependency agenda that I have been talking about ad nauseam.

Two recent examples. First, when the government took over student loans, making it the case that the two most important financial transactions of the average family — a housing mortgage and a loan for college — will now be transactions with the government, they included a provision that said there will be special forgiveness of student loans for those who go to work for the government or for nonprofits. Second, one third of the recent stimulus was devoted to preserving unionized public employees’ jobs in states and local municipalities. And so it goes. The agenda is constant.

Indeed it is.  And now, with COVID and the lockdowns and the mask mandates, etc. it seems that a major effort is being made to make us a “state-broken” people and to impose upon us, “learned feudalism” – unending dependency on our betters in the halls of government, from the White House to our local municipal officials.

We’re Americans.  We don’t do that shit.  And if we do, we’re no longer Americans.  We’re Europeans, as the Left has wanted to make us for decades. 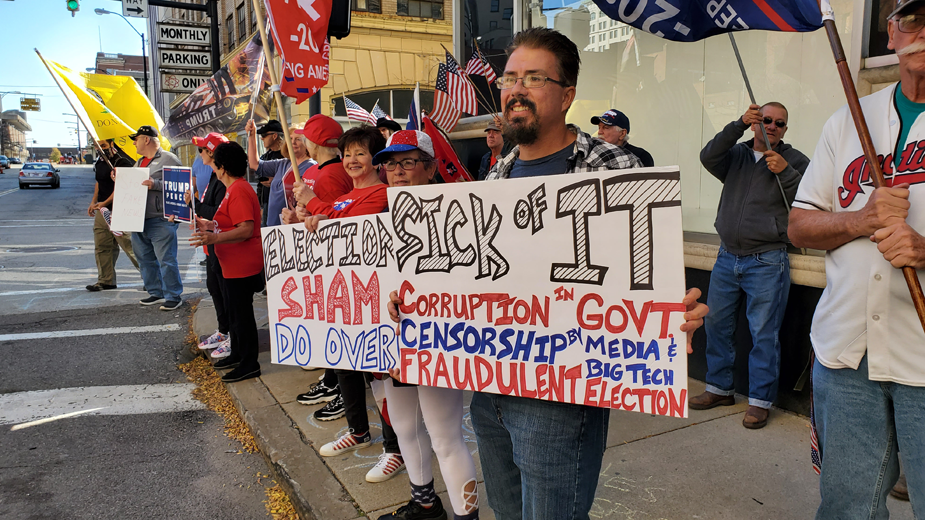 Apparently the answer is “No.”