I’ve quoted several times from one of Eric Sevareid‘s books, Conversations with Eric Sevareid: Interviews with Notable Americans. It’s an interesting book that followed his short-lived interview program of the same name.

A reader sent me an email this evening with the link to this YouTube clip of Eric’s farewell address, “Just to contrast how far we’ve fallen.”

A friend and teacher of the late Walter Lippmann described the role of the professional reporter and observer of the news in this manner: “We make it our business,” he said, “to find out what is going on under the surface and beyond the horizon; to infer, to deduce, to imagine and to guess what is going on inside, and what this meant yesterday and what it could mean tomorrow. In this way we do what every sovereign citizen is supposed to do, but has not the time or the interest to do it for himself. This is our job. It is no mean calling. We have a right to be proud of it and to be glad it is our work.”

In the end, of course, it is not ones employers or colleagues that sustain one quite so much as a listening public, when it be so minded. And I have found it applies only one consistent test, not agreement with one on substance, but the perception of honesty and fair intent. There is, in the American people, a tough, undiminished instinct for what is fair. Rightly or wrongly, I have the feeling that I have passed that test. I shall wear this like a medal.

How far they have fallen, indeed.

Pat Caddell on media bias and the 2012 election.

When we see what happened this week in Libya—and when I said I was more frightened than I’ve ever been, this is true, because I think it’s one thing that, as they did in 2008, when the mainstream press, the mainstream media and all the press, jumped on the Obama bandwagon and made it a moral commitment on their part to help him get elected in a way that has never happened, whatever the biases in the past. To give you an example of the difference, I’ll just shortly tell you this: In 1980, when [Jimmy] Carter was running for reelection, the press—even though 80% of them, after the election, reporters said they voted for Carter over [Ronald] Reagan, or 70% percent of them, a very high percentage—they believed, so much, that the Carter campaign and the Carter White House had abused the Rose Garden against [Ted] Kennedy that they made a commitment, as they discussed, that they would not serve as the attack dogs on Reagan for the Carter White House because they thought it was unfair and they weren’t to be manipulated. I totally disagree with their analysis, but that was when you actually had a press corps. Whatever their own personal feelings, they made judgments that were, “We’re not going to be manipulated.” This press corps serves at the pleasure of this White House and President, led by people like Ezra Klein and JournoList, where they plot the stories together.

Political Correctness is a doctrine fostered by a delusional illogical liberal minority & rabidly promoted by an unscrupulous liberal press which holds forth the proposition that it is entirely possible to pick up a turd by the clean end.

So Breitbart is reporting that Campbell’s Soup is closing their Sacramento, CA plant (700 jobs) and relocating production to plants in Texas, North Carolina, and Ohio.  In related news, they’re pulling out of South Plainfield, New Jersey, too. Can’t imagine what would prompt such moves, can you?

Campbell’s isn’t the only big business to flee California’s oppressive business climate this week. Comcast announced two days ago that it will close all three of its call centers in Northern California, including one in Sacramento. 1,000 Comcast employees, including 300 in Sacramento, will have to pull up stakes.

Hell, maybe Tucson will get a new call center. It seems like that’s the only kind of business our city wants moving in.

(Not that whoever Romney nominates will be anything less than squishy….)

As an aside, the power of modern media tools really is impressive, isn’t it?

Just wanted to get that out of the way….

The Thomas Sowell excerpt is seven minutes, the Caroline Glick piece is 50 minutes.  Both are absolutely worth your time. 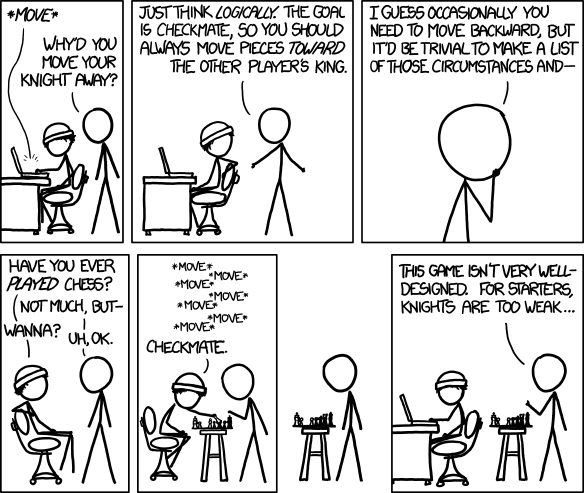 Remind you of anyone?

Today’s Quote of the Day comes from Professor Victor Davis Hanson’s latest, Life with the Vandals:

Law enforcement seems not so much overburdened as brilliantly entrepreneurial. Patrol cars flood the highways as never before, looking for the tiniest revenue-raising infraction; the police realize that going after the man who throws a freezer into the local pond is costly and futile, while citing the cell-phone-using but otherwise responsible driver is profitable. In 2009, the most recent year for which traffic statistics have been released, the highway patrol issued 200,000 more violations than in 2006.

I’m reminded of something the Geekwitha.45 said just before he moved from New Jersey to Pennsylvania:

We’ll be starting the house hunt after the first of the year. With the miniGeeks, we need a bigger place anyway, and shortly, this will all be a bad dream.

The thing is, I don’t think that’ll be the happy end of the story. I think the story is just beginning to be told.

As I mentioned to Kim, there is a hidden exodus that you won’t read about in the papers:

“People are moving away from certain states: not because they’ve got a job offer, not because they want to be closer to family, but because the state they are living in doesn’t measure up to the level of freedom they believe is appropriate for Americans. We are internal refugees.”

The fact that things have gone so far south in some places that people actually feel compelled to move the fuck out should frighten the almighty piss out of you.

Ten or fifteen years ago, I would’ve dismissed that notion, that people were relocating themselves for freedom within America as the wild rantings of a fringe lunatic, but today, I’m looking for a real estate agent.

It is a symptom of a deep schism in the American scene, one that has been building bit by bit for at least fifty, and probably more like seventy years, and whose effects are now visibly bubbling to the surface.

Just open your eyes and take a long look around you.

If you’re an informed firearms enthusiast, you know how much has been lost since 1934.

Even if you lay aside gun rights issues, let me ask you some questions.

No, on second thought, let’s save the 50 questions for another posting, for now, lets just ask one:

When was the last time you built a bonfire on a beach, openly drank a beer and the presence of a policeman was absolutely no cause for concern? Hmmm?

Professor Hanson will not willingly abandon his ancestral home to the vandals, but a lot of people are bailing out of California, and Professor Hanson has been patiently explaining why.  And it should frighten the almighty piss out of you.

Update: The Manhattan Institute reports on the Great California Exodus.