How Low Can Higher Education Go? by John Ellis from “Minding the Campus.”  Highly recommended.  Just a taste:

One study after another has found that (recent college graduates) write badly, can’t reason, can’t read any reasonably complex material, have alarming gaps in their knowledge of the history and institutions of the society in which they live, and are in general poorly prepared for the workplace.

RECENT.  COLLEGE.  GRADUATES.  The ones who DIDN’T drop out.

Brought to you by Brawndo® The Thirst Mutilator™!  It’s got what plants crave!

RTWT, where you will find this:  “The goal of schooling is not considered to be instructional, let alone intellectual, but political.”  And weep.

…I’ve Been Thinking, there’s this:  Stay Alive, Joe Biden, a piece in The Atlantic published day before yesterday.

Democrats—some independents, and some Republicans too—were terrified and furious at the prospect of another four years of Donald J. Trump. And as the weeks of the primary season ticked on, it became clear that there was one option to forestall that possibility, and his name was Joe Biden.

Through it all—the fairly awful campaign events and confusing statements and garbled debate performances—the idea of the former vice president has somehow remained consistent, and apparently convincing, as both Trump’s inverse and co-equal. Senator Bernie Sanders may still be in the race, but this is a detail. Democrats have chosen Biden as their vessel for Trump’s defeat, and that choice is the entire point: The vanquishing matters more than anything else.

Biden’s team appears to understand this, and to believe that what matters most now is keeping their candidate alive in the American imagination as an alternative to Trump. His appearances these days have an almost parallel-universe quality to them: Biden’s audience-less remarks from his home in Delaware have the suggestion of an Oval Office address, and their content seems intended to offer a glimpse into the twilight zone where someone else, someone more empathetic and capable, is president. It’s as if Biden is telegraphing to his public: You have already imagined that I can beat Trump; now imagine what it will be like when I am president.

For the foreseeable future, there will be no more speeches in front of hundreds, or lines of people waiting to shake Biden’s hand. There may not even be the glossy fanfare of a convention with a prime-time address. But, truthfully, all those things were always sort of beside the point. Like on that morning in McClellandville, and countless other ones besides, Biden was never really convincing anyone on the stump—his political power at this point is an idea, held collectively, about how to defeat Trump. The work now is to keep that idea convincing enough, for long enough, among as many people as possible, for the corporeal man to actually win.

“Keep their candidate alive in the American imagination….”

Great minds and all that.

…Yes, I know that’s a dangerous thing, but….
The DNC has, for all intents and purposes, once again rigged their Presidential Primary and selected Quid Pro Stumblin’ Joe as their candidate of choice.
And as we can all see, Joe’s having…issues. The only other contender is Comrade Bernie, and they ain’t having any of that.
Does this remind you of anything? It does me. In 2002 New Jersey Senator Robert Torricelli was running for re-election. He had the Party’s nomination. His name was on the ticket. Problem was, he was being investigated for ethics violations, and it was patently obvious that he had no chance of winning re-election.
So on September 30 – just weeks before the election – the Democrats substituted Frank Lautenberg. Lautenberg hadn’t run, had not campaigned in the slightest. Torricelli had run unopposed in the primary. Lautenberg was just… picked.
When the DNC figures out that Biden cannot win, who are they going to just… pick?  And how long are they going to wait?

OK, I’m convinced.  I’m betting that at the last possible minute Andrew Cuomo will “sacrifice” his NY Governorship to take up the heavy burden of being the Democrat Nominee. He’s already being groomed for it by the Church of State:
The coronavirus crisis is the moment Andrew Cuomo has prepared for all his life

New York Governor Andrew Cuomo takes national spotlight during coronavirus pandemic
Andrew Cuomo Shows How to Lead During the Coronavirus Crisis
How Cuomo, Once on Sidelines, Became the Politician of the Moment
Andrew Cuomo, social media superstar
How Coronavirus Made Andrew Cuomo Americas Governor
Andrew Cuomo shows us the way — of sacrifice and faith in each other
Gov. Andrew Cuomo’s PowerPoint Talks Are Oddly Reassuring

UPDATE:  Will the Democrats Junk Joe? April 1, but not a joke.

I have moved to Rocket City (Huntsville, AL) and have taken a job at a large firearms manufacturer near Redstone Arsenal. When I told my new boss that I would be installing a large Saturn V model at my desk, he proceeded to show me this custom AR-15 rifle that my company created a couple of years ago as an award to a supplier. The LUT was 3D printed in-house. Needless to say, this Space Hipster was quite awe-struck! 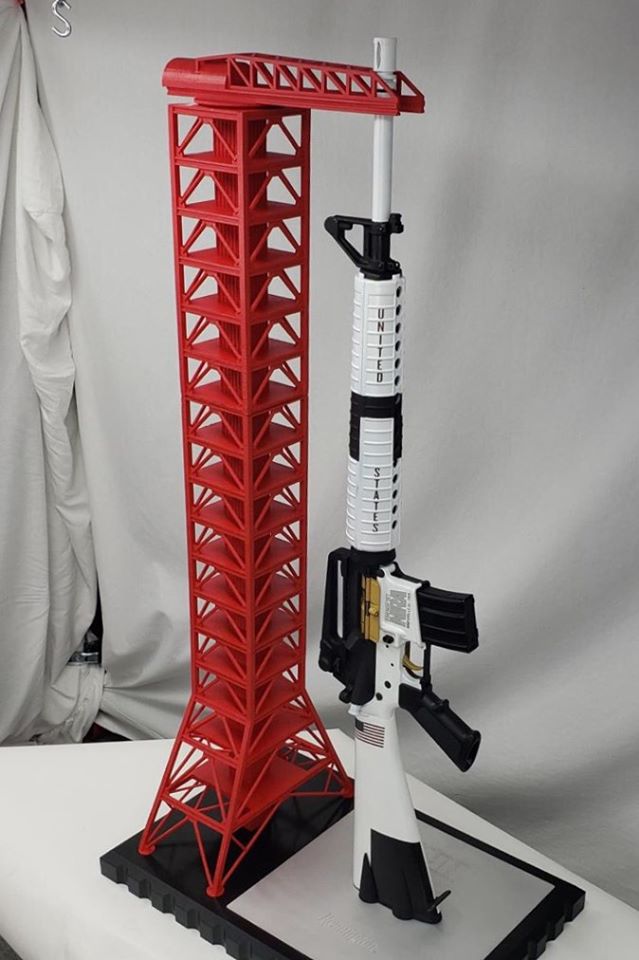 For whatever reason, I’d never before understood the beatific wonderment of youth. This child, who was clutching a buck’s worth of sugar water, had a direct line to the joy of the universe. It was amazing; in the true sense of the word. I stood there astounded and speechless at the complete, naïve, guileless, joy of a happy child’s smile.

It was then that I started to understand. This is why adults raised children. This is why they tolerated crayons on the walls and dirty diapers and Barney videos… this was a real, unfiltered, direct link to heaven.

She was so happy. And I was too. I was delighted to have noticed such a moment. I saw and truly understood… joy.

Lewis: “How would your life have been different had you been born a woman?”

“…is to keep the populace alarmed (and hence clamorous to be led to safety) by an endless series of hobgoblins, most of them imaginary.” – Henry Louis Mencken
We’ve got people hoarding hand sanitizer, toilet paper, beans, rice and pasta – and a lot of first-time gun buyers:
A Lot of People Are Finding Out You Can’t Just Buy a Gun Online – Omaha Outdoors
Pullquote:

The COVID19 outbreak might be bad for the stock market, but it’s certainly been a boon for very specific sectors of the economy. The gun industry, used to such boom/bust cycles, knows how to respond – but other sectors might not be so acclimated.
Here at Omaha Outdoors, we’ve been inundated with inquiries from out-of-state folks – many from California – asking if we can ship them a gun directly. The answer is, of course, no. Despite what politicians and many in popular media claim, you can’t buy a gun online and have it shipped to your house. Well, you could, if you were a federally licensed firearm dealer (or federally licensed curio and relic collector) and your home was your place of business. Other than that, no, you can’t buy a gun online and have it shipped, especially across state lines, to your home.

Unsurprisingly, a LOT of people believe what the media has been telling them – that it’s easier to buy a gun than a book, for example. Or that you can just mail-order them off the internet. But here’s the part that I found most interesting:

And my friends who work at other gun stores have seen a crazy surge in gun buying too, with one noting that their one-day sales total exceeded Black Friday by 25%, and that 75% of buyers were purchasing their first gun.

The Powers That Be keep trying to convince us that fewer and fewer people are owning more and more guns as an explanation for the skyrocketing number of background checks run monthly, but that is obviously not the case for those of us out here in the culture.
So if you think that now is a good time to get a gun to protect your precious toilet paper hoard, you might want to read this article. 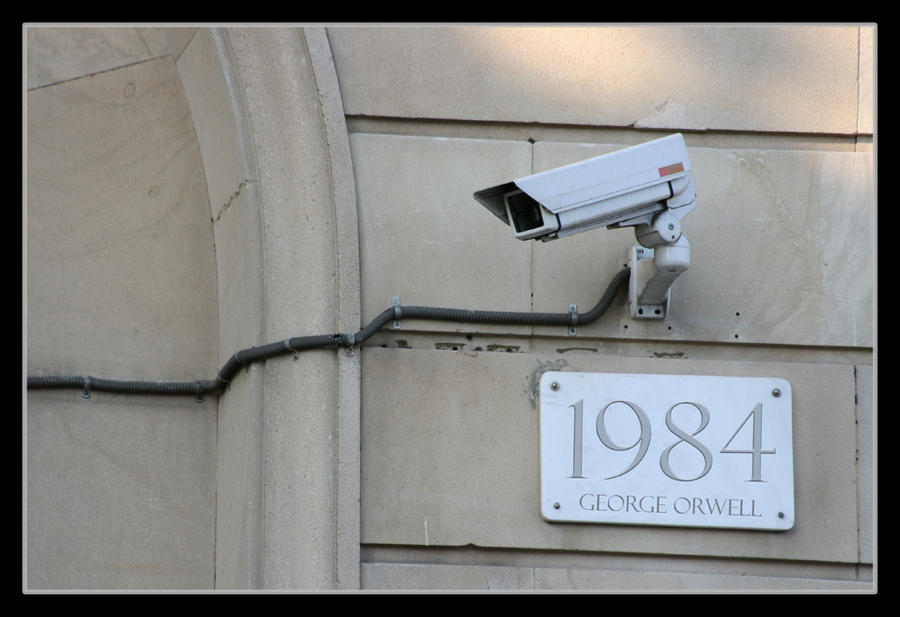 Another Frontpage piece that’s worth your time.  Written by a Brit who is on the receiving end of #Wokeness, her concluding paragraphs are informative:

The New Puritans are coming for America too. You may think you already have them, but what you have in America is just the warmup act.

The only reason America maintains some semblance of your First Amendment is because of your Second.

Your right to bear arms is what separates you from us; it will maintain your right to speech when the time comes. And it explains why the future Socialist party (the former Democrats) are working so hard to take your guns away. Compliant acceptance is the power base of the Puritanical mob

When the mob comes, they are not coming for your voice. They are coming for everything you have.