This is not my story. If it had been, I’m not sure I’d be telling it.

I had a dinner date at a very fancy restaurant. About halfway through the meal, my body informed me that I needed to make a bathroom run – quick. I excused myself and made a beeline for the Men’s Room at not quite a sprint, but I was moving with determination.

As I entered, I rapidly surveyed the space: Double vanity, two urinals, and two toilets stalls. No other customer. Unbuckling my belt as I quickly strode to the nearest stall, I managed to get my pants and underwear around my ankles and sat down just as I ripped off a ten-second porcelain-shattering wet fart. I even impressed myself. But as the echoes faded, I heard the bathroom door shut. Someone else had entered in the middle of my performance.

I was mortified. A couple of seconds of silence ensued, then I heard the door on the stall next to mine close, and a voice akin to a movie announcers reverberated off the tiled walls:
“Player Two Has Entered the Game.” 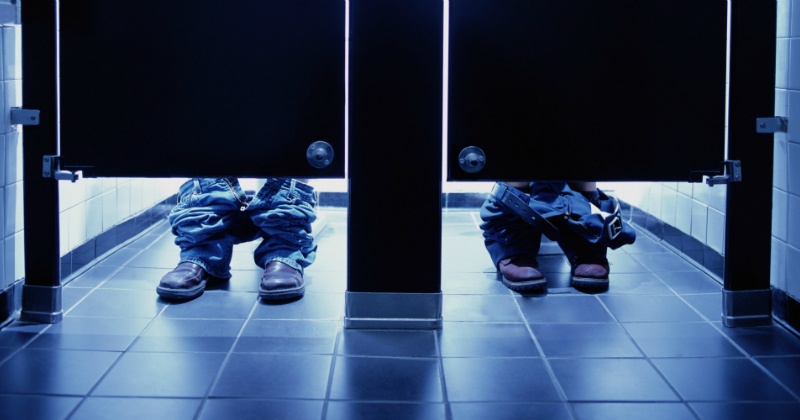 ANOTHER recaptioning of the Hitler scene from “Downfall” Give it a watch.

From July 4, 2012, Walter Russell Mead’s re-imagining of the “woke” Declaration of (In)Dependence:

The unanimous Declaration of the Thirteen Post-Colonial, Multi-Racial Societes of North America

When in the Course of human events, it becomes necessary for one people to strengthen the political bands which have connected them with the Global Community, and to assume among the powers of the earth, the cooperative and deferential station which a careful review of the relevant peer reviewed literature suggests is most appropriate for long term win-win outcomes, a decent and rigorously equal respect to the opinions of woman- and man- and transkind requires that they should declare the causes which impel them to the ever deeper union.

We hold these views to be consistent with the evolving cultural consensus, that all humans are equally obliged to the performance of certain Duties, that among these are the Participation in the Struggle against Racism, Economic Injustice, Genetically Modified Organisms, Homophobia, Nationalism and the Excessive Emission of Carbon Dioxide and Other Greenhouse Gasses. That to secure the performance of these Duties, Governments are instituted among humans, deriving their just powers from the considered Opinions of the Educated Classes, –That whenever any Form of Government becomes destructive of these ends, it is the Duty of the Enlightened and Credentialed Guardians of the People to alter or to abolish it, and to institute a new Government, laying its foundation on such principles and organizing its powers in such form, as to them shall seem most likely to effect the Unquestioning Performance of their Duties by the Less Enlightened Members of the Public. Prudence, indeed, will dictate that Change cannot come too quickly to suit the Convenience and the Predilections of an Enlightened Minority; Governments long established should be changed the Moment a Sufficient Number of Well Regarded Contributors to the New York Review of Books have determined that such Change is Morally Incumbent; and accordingly all experience hath shewn, that intellectuals who have never run anything in their lives are the Fittest of all Living People to remedy virtually any evil by abolishing the forms of Government, Laws and Customs of Society to which the brutish and unreflective Common People are accustomed. And when a long train of abuses and usurpations pursuing invariably the same Failed Dogmas of the Vast Right Wing Conspiracy evinces a design to allow said Common People to evade all obligations to the Global Community, it is their right, it is their duty, to throw off such Government, and to provide New and Expanded Regulations for the future better restriction of the Lower Orders as they deem Meet for the Purpose.

The third most popular piece on TSM is a reprint of an old Usenet post, written by a Florida pawnbroker who went by the handle Flimflam.  It’s the story of how he was attacked in his store one day and had to defend himself from a sword-wielding nutcase.  He wasn’t wearing his fully-loaded Glock, the backup .38 in his office was disassembled for cleaning, but while standing with a blade jammed through his abdomen he finally remembered the tiny Beretta .25 in his back pocket and it saved his life.

Well, yesterday someone emailed me a similar story of how a .25 saved another life:

While out walking along the edge of a pond just outside my house in The Villages with my soon to be ex-husband, discussing property settlement and other divorce issues, we were surprised by a huge 12-ft. Alligator which suddenly emerged from the murky water and began charging us with its large jaws wide open. She must have been protecting her nest because she was extremely aggressive.

If I had not had my little Beretta .25 caliber pistol with me, I would not be here today! Just one shot to my estranged husband’s knee cap was all it took. The ‘gator got him easily, and I was able to escape by just walking away at a brisk pace. It’s one of the best pistols in my collection, plus the amount I saved in lawyer’s fees was really incredible. His life insurance was a big bonus.

The .25ACP. It ain’t much, but it beats harsh language!

Seen at the Book of Face, had to share: