Not my content, but I HAD to share.  In response to the question “Why is there so much dishonesty in the gun debate?”  The question linked to this piece about the comparative levels of violence between the US and UK and how the UK’s gun control laws made the UK “safer.” Ah, no.  Quoran Alfred Montestruc left this devastating reply echoing Chief Inspector Colin Greenwood.

Your link seems a prime example of extreme dishonesty.

The issue is NOT whether the UK has more violent crime than the USA – which is all the link harps about.

This is not a tennis match, or any sort of national contest.

The issue is whether gun control has any utility whatever in practical control of violent crime.

The author of your link assumes — and never checks his assumption— that gun control laws as applied in the UK reduced violent crime in the UK.

That is demonstrable gibbering nonsense by circus clowns on stilts.

The actual case is rather the reverse. 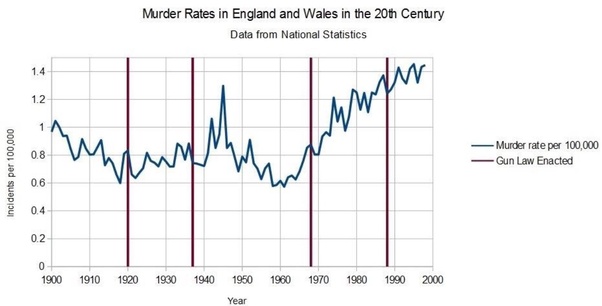 VAP is a British Police term that means literal physical violence till they changed the definition in 1998, which is when I stopped tracking. Not going down is it? 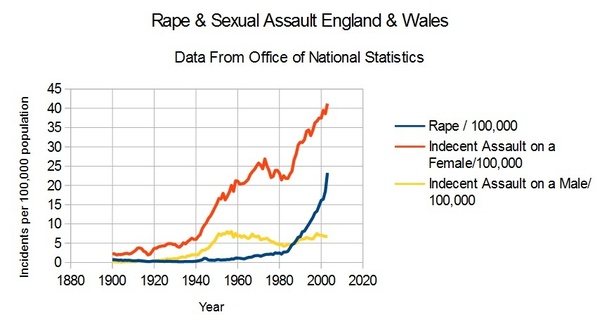 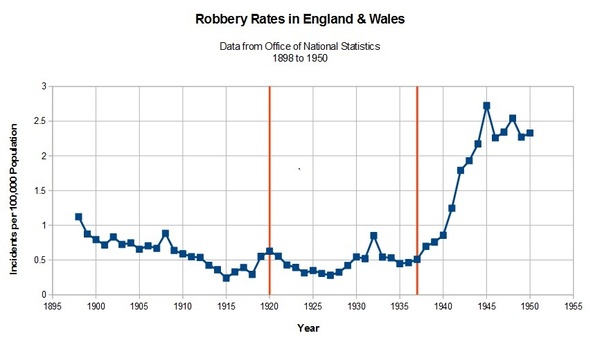 The late 20th century robbery spike is so huge it drowned out important nuances of what happened to robbery rates early in the 20th century.

So you seem to be claiming that gun control is somehow useful in control of violent crime?

I see you have the nerve, the unmitigated GALL, to talk about “dishonesty”, — just — WOW!

I wish I’d written this.  “Gibbering nonsense by circus clowns on stilts” is something I’m going to have to remember.