I’m still answering questions over at Quora, and – like blogging – it seems that you never know when a post is going to strike a nerve.  Right now, this answer has over 175k views, 1.5k upvotes, 10 shares and a shitload of comments.  It’s currently the second-most popular answer I’ve given over there since I signed up.  Interesting.

Well, I’m a gun owner, and I have open carried, but I draw a distinction between something like this: 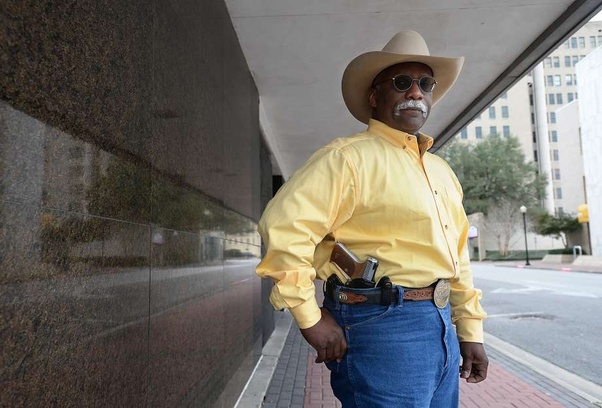 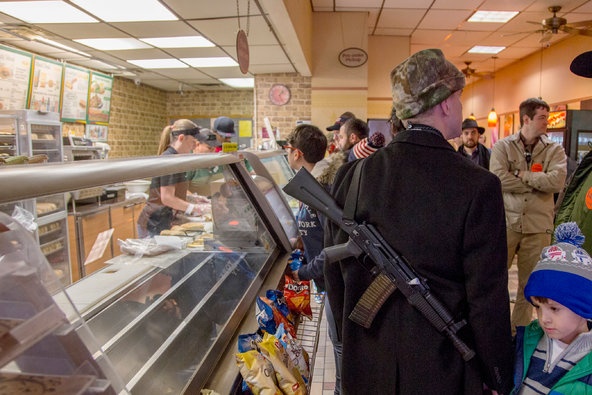 The first is someone exercising his right to keep and bear arms in a fairly unobtrusive way. The second is exercising his right, but he’s carrying AT the general public. The second image shows the visual equivalent of “LOOK AT ME!!” I don’t think this is constructive or admirable.
I live in Arizona where the temperature for four or five months out of the year can be in excess of 100°F (38C). Wearing a concealment garment can be stifling, so on occasion I’ve worn a pistol openly (which has been perfectly legal in Arizona for a long time). But I’d never tote a long gun into a store unless it was a gun shop and I wanted to sell the gun or get it fixed.