Skip to content
During the Rodney King riots, Koreatown in Los Angeles was a target of the rioters. The police, like they have in Minneapolis, abandoned the city. The shop owners in the area, their friends and families, defended their businesses, some from the roofs of their buildings – AKA “Roof Koreans.” Since then, anyone who defends against rioters has been termed a “Roof Korean” in the gun community.
Here are some that defended a Minneapolis tobacco store recently. Watch the video, but I want to show you a screen shot you won’t see on ABCNNBCBS or any other major news outlet: 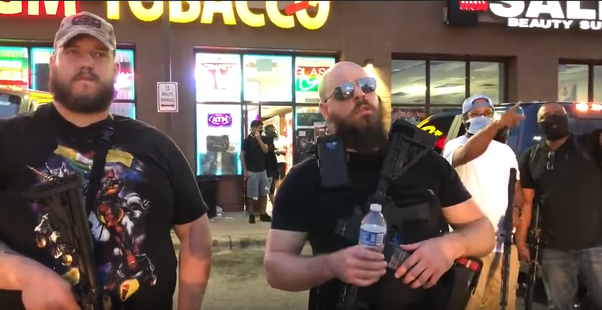 The two self-confessed “rednecks” are being interviewed. The two “gentlemen of color” off to the right there also defending the store, were not. Note they all are carrying the evil AR-15 rifle, but they aren’t shooting anyone.

The Second Amendment is for everybody.